Jan Willem was diagnosed with a rare form of leukemia in 1994. His diagnosis was the start of a remarkable journey to recovery that demonstrates the potential of T-Guard® as a life-saving treatment option.

Stem Cell Transplant
To treat his condition, Jan Willem needed a stem cell transplant. Cells in the blood of his baby daughter proved a good match; using a non-invasive method enough of her cells could be transferred to Jan Willem. These cells were taken from cord blood, the residual blood left in the placenta and umbilical cord, which is no longer needed by the baby after birth. Cord blood contains all the normal components of blood, such as red-blood cells, white-blood cells, platelets and plasma. It is also rich in hematopoietic (blood-forming) stem cells, similar to those found in bone marrow, making it an excellent alternative for transplantation.

Complications
Unfortunately, after successful stem cell transplantation a serious complication arose. Jan Willem developed a life-threatening immune reaction called acute graft-versus-host disease (aGVHD). In patients with GVHD the immune cells (white blood cells) from the graft tissue recognize the recipient (host) cells as ‘foreign’, causing the transplanted immune cells to attack the host’s body cells. This condition can cause blistering of the skin, liver failure and severe diarrhea, and generally has a poor prognosis. Jan Willem’s GVHD did not respond to any normal treatment options.

Life-Saving Treatment
As a last resort, he was offered treatment with T-Guard, which was under early development at the time at the hospital where he was being treated. After just one week’s therapy with T-Guard, Jan-Willem’s health improved and the GVHD was resolved. Over seventeen years later, Jan-Willem remains in good health. He holds T-Guard responsible for saving his life.

In his own words: find out more about Jan-Willem’s story in this video. 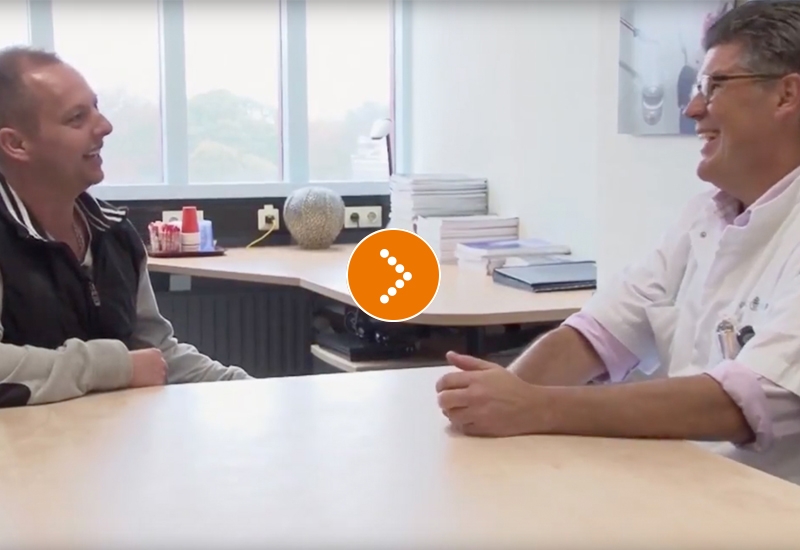